This is a list of pre 2006 events. Photos from our past events can be accessed on our Flickr Albums Page. Photos from more recent events can be found in our Event Photographs section as well as our Recent Events page (Although this page is no longer updated).

With 61 guests attending, this was a large event for the Club. Rather than being numbered, the tables were labelled with the nicknames of teachers. “Badger and Big John” being the top table.

The following is from the Club Website “The 2005 Annual Dinner of The Royal High School Club in London at The Cavendish Hotel, Jermyn Street, Mayfair proved to be a big success. With around 60 attendees and additional entertainment provided by Chris Craig RHS1991 playing his pipes and the RHSCL/Scotland’s own Answer to the X-factor, singer/songwriter/pianist, Emma-Jane Thommen RHS 1997. Letters of appreciation have been received from quite a few of the guests and we hope to publish extracts along with (censored) photos of the event shortly.” 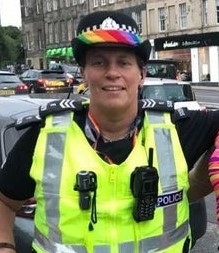