Schoolboy humour and adolescent attempts at sarcasm always look pretty weak when considered from the Olympus of hindsight, but the RHS lads did manage to come up with a few memorable or apposite nicknames for teachers over the years. I’ll leave it to the youngsters to counter with what the girls added when they were finally allowed to grace the old place.

Of course many nicknames are simple diminutives. It didn’t take a Mensa brain to convert Mr Cochrane, French and German in the 60s, into Cocky – yet given his caricaturist’s gift of a bottle nose, Weeble like frame and penchant for driving ancient bangers we could surely have come up with something better. An attempt to label him Smokey, from his habit of grabbing a quick weed break whenever he could and returning reeking of smoke never really caught on. Badger – Latin in the 60’s – and by all accounts a continuing institution, rather than an inhabitant of one however earned that name through his looks rather than his smell. Paint him black and white and you’d have to hold back the dogs and the men with spades. Fred tiny, black-begowned, silver-haired, ramrod-straight head of Latin and seemingly always on the edge of a seizure of rage; Jocky – malevolently twinkling head of history and deputy rector and Arthur the archetypal gym master – were all presumably their given Christian names. (Although Jocky was also known as Jockey due to his lack of height apparently. Read David Robb’s memory of Jockey the Terminator – the ed.). Younger readers may not appreciate that teachers’ first names were jealously guarded in these dark days before human rights were extended to schoolchildren.

Going back to the 1940s and I’m told of “a small man with little or no hair” who is variously recalled as Peanob or Peanuts and one Bob Ironside, another Latin teacher, who was born to be Tin Ribs. Recollections on how and why Mr Mclaren became The Mole or Mr Aitkin, Bobo would be welcomed, as would any more insight on Igor and Daddy Penguin.

Rather as with chants on football terraces it seems impossible to identify the original creators of nicknames. Either teachers always had them or suddenly one day that’s what everyone was calling them. Whoever first dubbed the sadly overwhelmed Religious Knowledge and hysterically inappropriate (and probably self-appointed) sex-education teacher Mr McNichol, The Mekon, deserves silent salute. Again readers retaining any of their own teeth may need reminding that The Mekon was the arch-enemy of Dan Dare “space hero of the future” who featured in the Eagle Comic from 1950 to the mid-sixties. The giant, bulbous cranium and green tinge fitted Mr McNichol to a “t”; his zoo like classes could probably have benefited from some of the dictatorial blood-lust which marked his namesake’s approach to world domination. An equally gloriously inappropriate sobriquet was Flossie for the utterly un-mumsy maths teacher. At a guess I’d have put her at 82 when I first fell under her basilisk gaze in the early sixties; no doubt she was less than half that age and probably a founder member of friends of the whale.

Lofty Peak was an apposite and linguistically satisfying name for the substantial, white haired (what was left of it) modern languages master Mr McDougal. Descriptively it was spot on but it also scored on the intellectual front as Lofty Peak was a brand of flour the packet carried tasteful drawings of snow-capped mountains – then produced by Rank Hovis McDougal. Less inventively Lofty Peak also got tagged Big Mac which paired him rather conveniently with the diminutive and so, of course, Wee Mac – Mr MacGregor who taught geography.

Nicknames can also help reflect passing minor celebrities and popular culture of the times. One Mr Kennedy became Edgar Kennedy after the American screen comedian of the Thirties and Forties famous, so I’m told, for his “slow burn” a feature not shared by the RHS Mr. Kennedy. Another, Ian Currie, a pre-war Dux of the School who went on to teach English became Ken Currie after a Hearts footballer of the late Forties. A maths teacher of the 60s called Shannon became Del after the American singer best remembered for his first and biggest hit “Runaway” once described as a great falsetto howl of urban anguish. And, if we are dropping in to the non-commissioned ranks, a rather ungainly janitor picked up Lurch from the Adams family.

Descriptive names were often the best. Mr Smith a former head at the prep school, also for some reason remembered as having very small feet, was known as “Stanza” because he would never say “verse” when telling pupils which parts to sing of the morning hymn, he would always say stanza. In the PE department Mr Hall’s curvaceous nose saddled him with Hook and Mr Mitchell’s glistening pate meant Curly Bill was inevitable, although Greensleeves from the one very tatty track suit top he seemed to favour at all times occasionally featured. Again Fats Forsyth and Wee Jim (Noble) both from the English department are self-explanatory and a nine-year old would make the consonant switch to turn Mrs Fieldhouse into Fieldmouse. (No doubt current pupils don’t even need the prompt of the popularity of “Red Dwarf” to make the current rector curse the scatological juvenile joy one transposed letter can bring.) More information on hows and whys is sought on Horsey, a music teacher apparently [See comment below explaining this] and Messrs Dingwall and Marshall AKA Captain Caveman and Coco the Clown respectively. Apologies all round if I’ve got any of these wrong or missed out your favourites but I did spend some decades trying to forget about it all until the current committee nagged me into this pull together of various reminiscences.

It’s often if not always true to say that bestowing nicknames is a mark of affection or even respect and we hope teachers so identified here will take it in that spirit. Looking back the past is truly a foreign country and what once passed for normal behaviour by some of those entrusted with the care of growing boys would nowadays result in their being disbarred from teaching and quite possibly earning a prison sentence and a place on the sex offenders’ register not to mention having their houses torched by angry mobs. Perhaps it’s best to let those who didn’t earn the regard of familiarity whither on the vine of memory.

..or skip to Robert’s —>Through Rose Tinted Spectacles 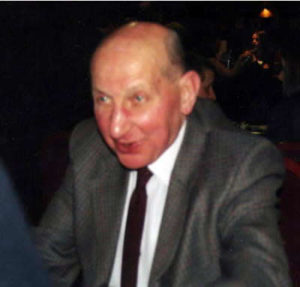 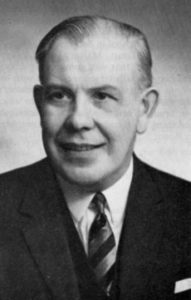 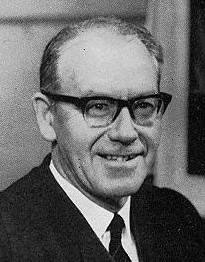 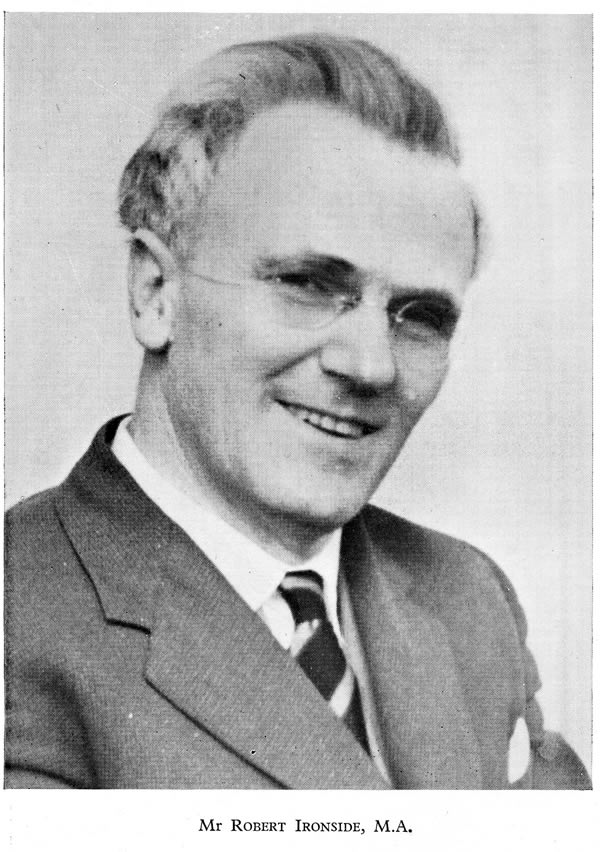 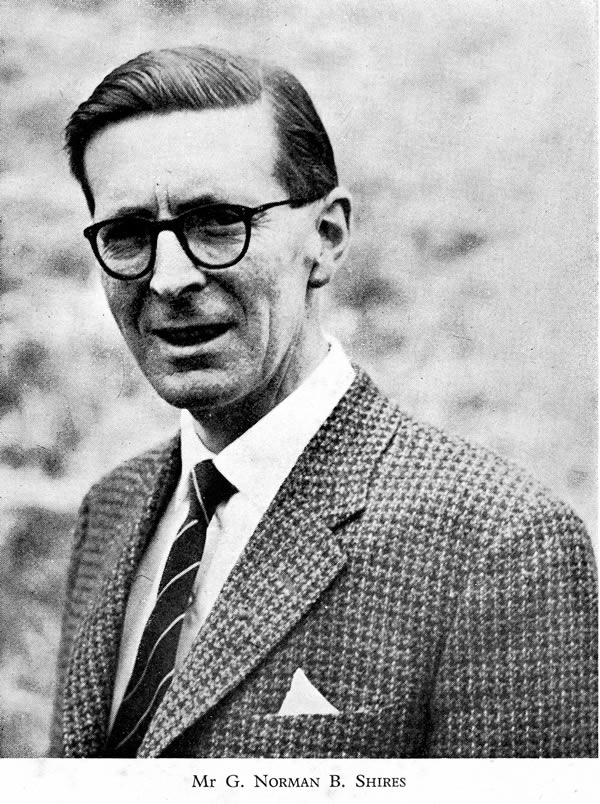 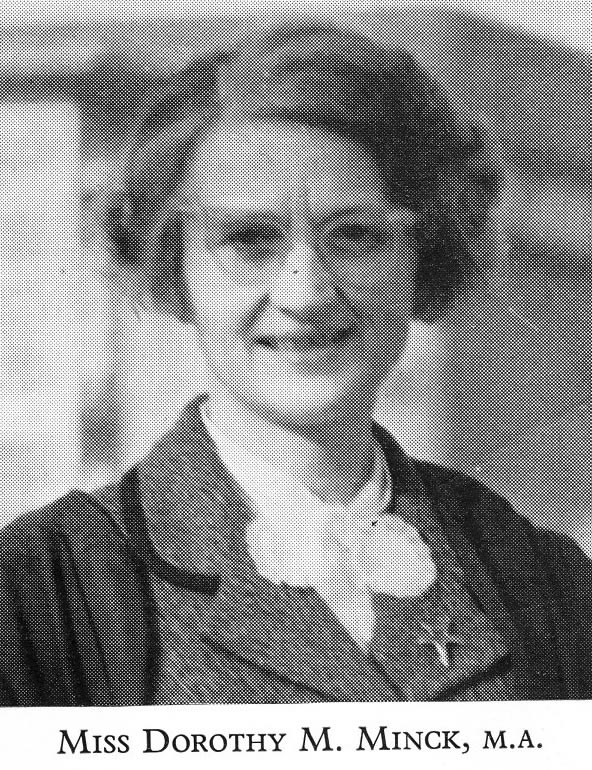 Strategically placed between Flossie and Fifi