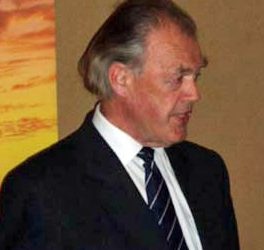 Covid Schola Regia Ian Cowie, President of the RHS Club suggested in February that the creation of a video record of the experiences of Pupils and Staff during the Covid pandemic of the past year would be a valuable historical record of this difficult time.   His idea was enthusiastically supported by the Rector and pupils, […]

RHS former pupil biographies: I am glad to say that the biographies of Izuka Hoyle and Colin Todd MBE have now been added to our web site. Izuka is a multi-talented actor and singer who now lives in Marble Arch in Central London when she is not away filming. Colin is a familiar face from […]

The old Royal High School building in Regent Road is now recognised as the very best Greek revival building in the world. Although recent stories have suggested that the plan for St Mary’s music school was likely to succeed, this update in today’s Observer newspaper shows it is far from certain – Bidding war opens […]

It is with sadness that we report the death of Brian Wallace after a long battle with illness. Brian was one of the cohort of Royal High pupils who attended the old school on Regent Road and then transferred to Barnton to complete his school years. After graduating from St Andrews university Brian went into […]

Joao Da Ponte who was in my year has apparently passed away. I have only just discovered how important a figure his father Bruno was, this obit is where I learned that Joao had died – https://www.counterfire.org/articles/opinion/20064-obituary-bruno-da-ponte-1932-2018  Joao and I went to see Status Quo in about 1972 at the Empire theatre, walked home to […]

One of our senior members Garry Ross (RHS 1950) has sadly passed away. Garry lived in Marcham, a small village near Abingdon in Oxfordshire, and he travelled up to London to attend our autumn drinks parties well into his eighties. Garry sometimes met up with his brother at our events although his brother was in […]

Plans to turn the old Royal High School building at Regent Road into a Hotel have been rejected. This now clears the way for plans for a new music school to be submitted. See full article from the Guardian. https://www.theguardian.com/uk-news/2020/oct/27/edinburgh-ministers-reject-plans-to-convert-neoclassical-building-into-hotel