The Royal High School Club in London was formed in 1888. It fell into abeyance during the First World War then started up again in 1920. Today the Club is in regular contact with around 100 former pupils of the school who live in London and the South of England. The Club also maintains close ties with the school in Edinburgh and funds three prizes which are awarded annually at the prize-giving ceremony: Dux in Art & Design, Dux in Technological Design and the Prize for an English Poem.

The Club in London is growing steadily and we are planning to add to our current programme of events: the Annual Dinner and the Pre-Xmas Drinks Party. Your Committee is delighted to receive ideas or suggestions for further activities.

If you know of any High School former pupils living and working in London or the South of England, why not tell them about us? Or better still – bring them along to the next Club event!

If you are not already a member, why not talk to our Treasurer, Alex Prentice, about organising a standing order to make sure that your annual subscription reaches us without fuss or bother.

Those named below have served as President of the Club (current members’ names are shown in bold type with year of leaving school).

In recent years the President’s term of office has lengthened to cover a few years. In these cases only the starting date is shown 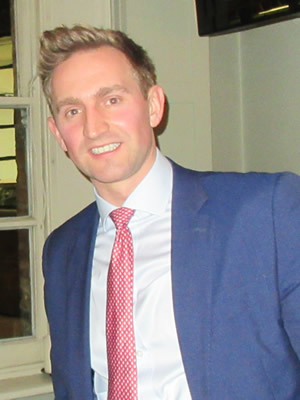 The club's president, Paul Fleming. Tap or click the photograph for the president's address. 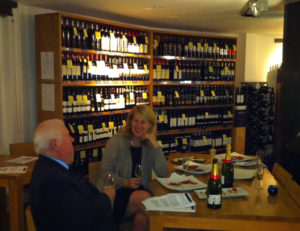 Former Club President Valerie Peay at the Bacchanalia wine and tapas evening . Tap or click photo to see more photos from the evening.

The RHS in London Club Constitution 1888. Tap or click the photo to see more of the club's archive documents. 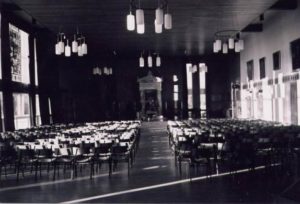 The school hall with the memorial doors transferred from the old school. Tap or click to see more photos of the school buildings.