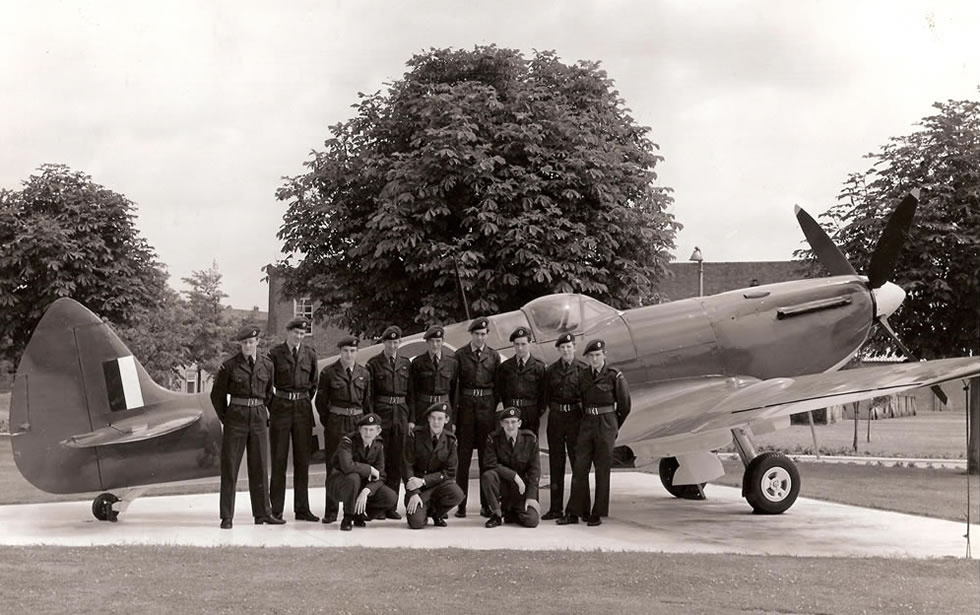 While clearing out the attic I found this picture. There are others somewhere but this is clear evidence of why the USSR never invaded. Obviously it had been reported back to the Kremlin that any attempt to invade Scotland would have been futile as 1729 Squadron (RHS) Air Training Corps were waiting. Under the supreme command of Fl Lt (Big Dave) Somerville this crack squad trained to SAS (Smoking Alcohol Sex) standards would have been their Bete Noire (as Fifi would have said). Within seconds of them landing Big Dave would have left his usual haunt of leaning on the railings outside House 2 chatting up the young ladies of the US Embassy or relaxing in the palatial surroundings of house 2 (“take the register Bryden bit of a cold today”) and walked leisurely to House 4 where the attic floor was HQ to the squadron. From there assuming it was monday between 3.30 and 5.00pm a full squadron could be despatched.

The photo was taken at RAF Wattisham 26 July 1966, at that time a Lightning fighter base. Now home to Apache training Prince Harry is walking the same tarmac as the members of 1729 squadron. Since it is 45 years the identification of all of them is a bit rusty but back row second from right is Ian Duncanson (61-67), 5th from left back row is Robin Mowat (61-66), fourth from left wearing glider pilot wings is the Fl Sgt Marek Glinski (60-66), third from left is Bruce Skivington (61-67). If anyone can fill in any other names or present whereabouts please do.

Did you visit RAF Leconfield, Dishforth or Chivenor with the ATC? Use button to see more on the next page –  View