Here’s the anecdote for this year’s dinner from Callum Scott Brown that I’d like to ask Tom Bacciarelli at the dinner (RHSCL Annual Dinner March 2018). Merely to tell the story and ask for his verification…

Verbatim from CSB… “question for Mr Bacciarelli in absentia – In May 1984, on the last school day of our 5th Year, Johnny Bowie & myself were invited/cajoled/coerced into the Staff Common Room by Mr Bacciarelli & Mr Ward to join-in on the dying embers of the Staff End of School Year Party. Upon witnessing Messrs P Clarke & W Barclay’s effort to cross the room (which could only be described as limbo-dancing with rubber legs !!) to obtain another, it was immediately apparent that many libations had been partaken. Being so far behind the S-Curve and to support their noble endeavours, Bowie & I, hammered through a few 2L bottles of Wm Low’s finest Own-label Liebfraumilch, left out on the tables, to establish sobriety-parity. After much regaling and hilarity among the assembled six – a game of cricket broke out in the Staff Common Room. Kitted out with an empty 2L bottle as a bat, a scrunched-up piece of A3 paper as a ball and a school bin acting as wicket, on Mr Ward’s command, ”Play !!”, the inaugural Staff/Pupil ‘Sozzled-Ashes Series’ commenced.
Could Mr Bacciarelli please confirm that he did indeed ‘snick’ a bat/pad as he proclaimed during wild LBW claims to only then continue on to win the game??” 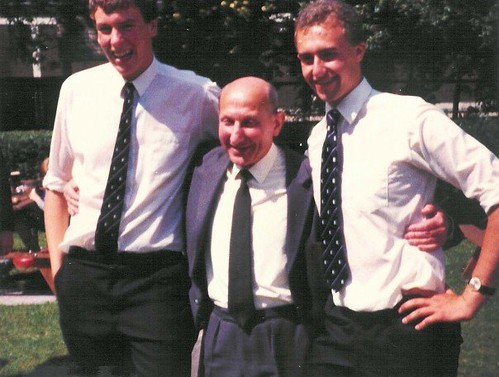 Take a look at the 1980s Teachers Night Out photos and be inspired to write a couple of paragraphs. 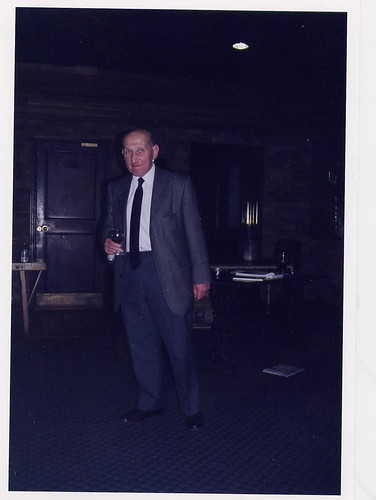 Did you go the the Royal High School in the eighties? Then this page is waiting for you. We need more stories about the school as it was in the eighties. Tom taught English and he also produced some of the big stage shows for which the school became famous.